Kickstart an apprentice now and receive the WPC Skills Rebate* 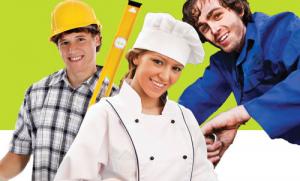 Fast forward your apprentice hiring decision, and pick up some talented young people as the economy recovers.

The Federal Government recently announced a new Australian ‘Apprentice Kickstart Program’ aimed at getting young people into traditional trade Australian Apprenticeships over the next three months. The program is a response to recent figures showing people starting trade apprenticeships had dropped by more than 20 per cent during the economic downturn and acknowledge thousands of school leavers are about to enter the job market.

WPC Group supports the Government’s position that now is the time to act. Through our WPC Skills Rebate*, employers who take on an apprentice may receive up to the first 4 weeks wages free.