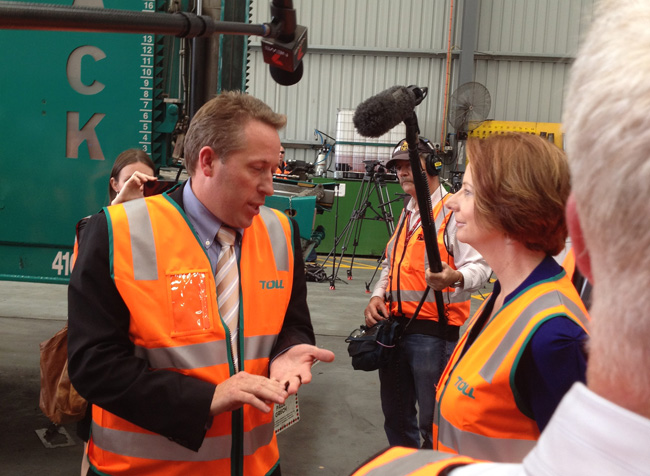 Prime Minister Julia Gillard announced today that Toll plans to employ 700 new workers nationally as part of the Jobs1001 Campaign. Many of these positions will be Apprenticeship and Traineeship vacancies.

Jobs 1001 is one of Australia’s largest community inspired employment drives in the nation’s history. Interest in the jobs campaign has been overwhelming; WPC Groups Chief Executive Officer Nicholas Wyman said “In the first 4 weeks, we have had over 1200 new jobs created and over 5,000 job seekers sign on. As well as 700 articles published at community level.

CEO of WPC Group Nicholas Wyman says “the highlight of the campaign has been that many small businesses have offered full time opportunities to entry level workers. ‘These jobs are being created in not only metropolitan areas but also country and regional areas.  Large employers have also signed on with Nissan Motor Co announcing a mentored apprentice technician program and sales cadet program which also created 400 jobs, Employers should take a long range view, offer entry level positions and train people up to meet specific needs”.